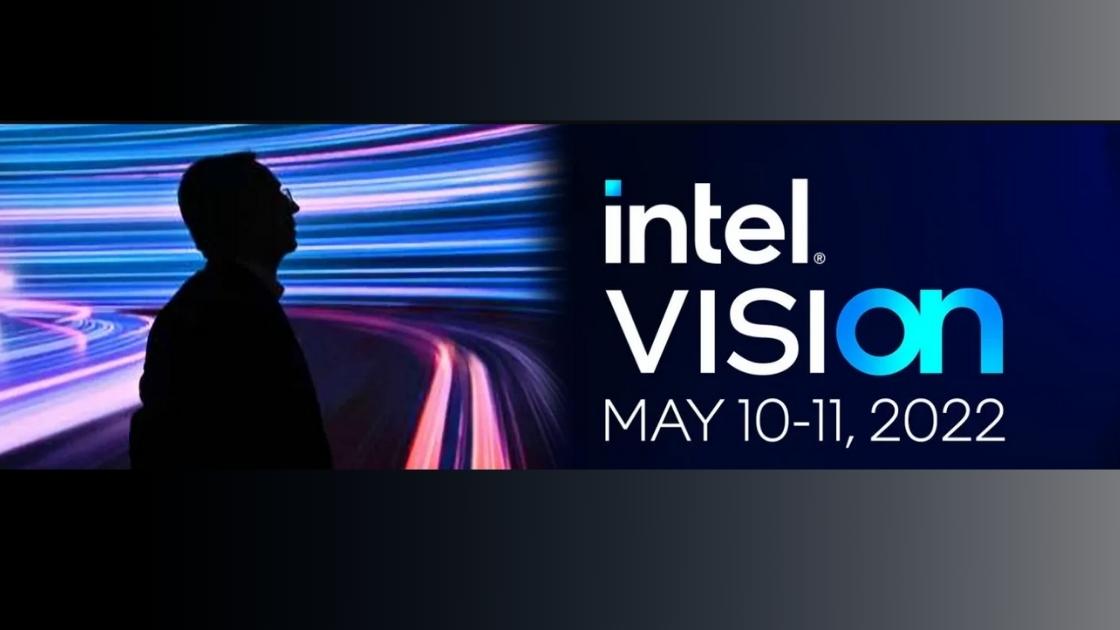 Last week, after 2 years of cancelled conferences due to the pandemic, Intel hosted Intel Vision as an in-person and online event show casing the latest technologies, trends and longer-term plans. Pat Gelsinger, CEO for a little over a year, after returning from top jobs at EMC and VMware, opened the 2-day conference with his keynote. For me, one of the most profound (and probably well-known) statements that influenced my thinking over the whole conference was, and I paraphrase, “that we are experiencing today the fastest technology in our life and at the same time we are experiencing the slowest in our life ahead”. Naturally, we understand that technology is always advancing, but putting it that way, makes me realize again that technology, and especially the chip and computer technology, is a rapid progression to be come faster and faster. The old Moore’s   of doubling speed every two years is unbroken or even surpassed by an even faster acceleration. Unthinkable what achievements we will witness in the future.

The commitment to the PC is unbroken and even revived at Intel. No matter what the pundits are pushing with calling for cloud and mobile computing, the truth is that the PC remains the most important personal computing device for everyone. Although the cloud and mobile technologies are immensely important enrichments to our lives, the newly hybrid workspace proved without doubt that we need the PC for local computing power and personal productivity. With Intel’s new 12th generation chips we are making a big leap in this regard.

PCs are not just getting faster but also smarter. It’s also about security, graphics, data speed, battery life, and much more. With the next generation of EVO and vPro devices, Intel is driving important hardware improvements for users and for the IT wizards who keep it “all going”. It is very worthwhile to look at these concepts before you buy a new PC which inevitably you will. 140 million commercial PCs are older than 4 years and PC refresh cycles are coming down to 3 years. A big opportunity for Intel and a big opportunity for Laplink’s PCmover, the leading PC migration tool on the market.

PC form factors have also become more important. I was very interested the new line up of Intel’s NUCs, the small, compact, and powerful PCs. We have seen the little entertainment streaming devices before, but NUCs are high spec PCs in a compact form. The benefits are obvious. In many IoT areas, whether it’s retail, automation, factories, traffic, and so many other areas, these small devices will replace low productivity sensors or dedicated computing devices leading to local analysis and computing vs. just collecting devices. It is easy to foresee a future where small PCs are installed on every traffic light or street crossing to make autonomous driving with 5G a reality. Sensors and cameras on cars are by far not enough to predict traffic action not in sight of the cameras. All devices need to be networked so ensure that all cars communicate with the other cars and information collecting points everywhere. And all these computing devices need to be managed by smart monitoring and management software. A big task for Laplink Everywhere.

All this technology and advancement in computing power and data storage comes at a cost, not only for devices but also in the storage of all the data we create and we collect. AI will add a new dimension to the need for storage and collecting data. In the medical field we will see (as shown at Vision) how hospitals will share collected data over a network of institutions to predict the development of a disease by comparing the early warning signals from thousands of other patience. Diseases can be attacked before they occur. Naturally, there are other examples that create new challenges every day. The other day I talked with a friend, a retired Chief of Police, who was describing the introduction of the personal video camara for police offers. In order to ensure their usefulness, these camaras react to many actions and situations by turning on the individual’s camera and the cameras of all officers around. This creates data storage needs and additional costs which are tremendous burdens for police departments.

IT departments today must budget not only for hard and software, but also for storage and cloud capacity, yet another challenge that we face and will conquer in our future. Technology is ever-changing and we know that progress is done every day. The best is yet to come.