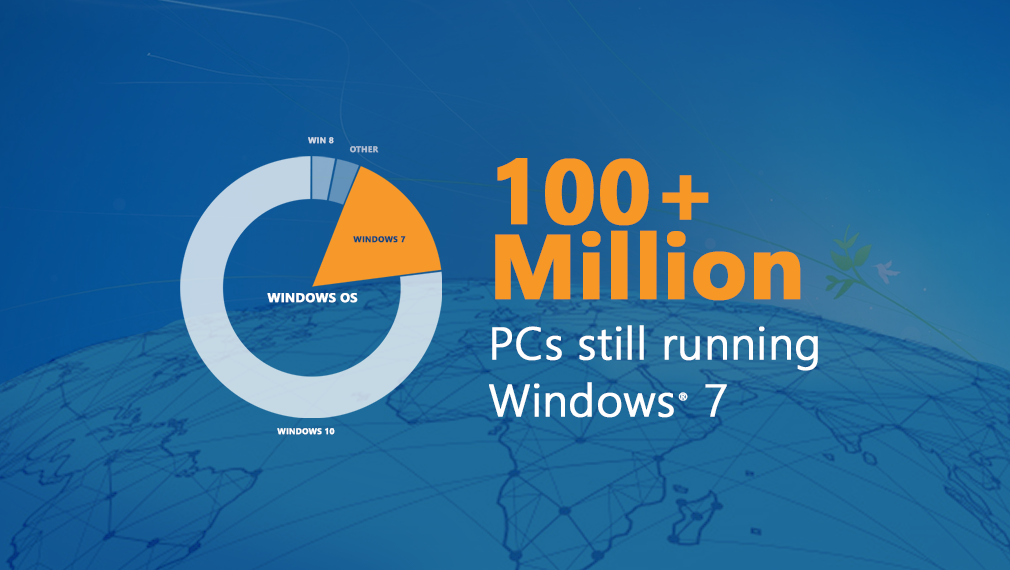 More Than 100 Million PCs Are Still Running Windows 7: Here’s Why You Should Upgrade Immediately

When Microsoft® launched Windows® 7 in October 2009, the world was waiting for it, and Microsoft sold over 240 million Windows 7 licenses in the first year alone. Over the next few years, Windows 7 steadily took over as Windows Vista and Windows XP faded away. Stop-gap replacements including Windows 8 and 8.1 never gained much traction and Windows 7 remained the operating systems of choice across home, business, and enterprise desktops and laptops until the advent of Windows 10 in 2015.

Millions of PCs left behind

Given the broad popularity and long-run of Windows 7, it’s not surprising that it took over three years for Windows 10 to take over as the world’s most popular PC OS, a milestone it achieved at the end of 2018. Still, as the graph from Stat Counter Global Stats below illustrates, Windows 7 has continued to hang on to a considerable amount of market share, even while Microsoft still offers free Windows 10 upgrades for many users. Although the exact number is hard to pin down, it’s estimated that at least 100 million PCs are still running Windows 7. 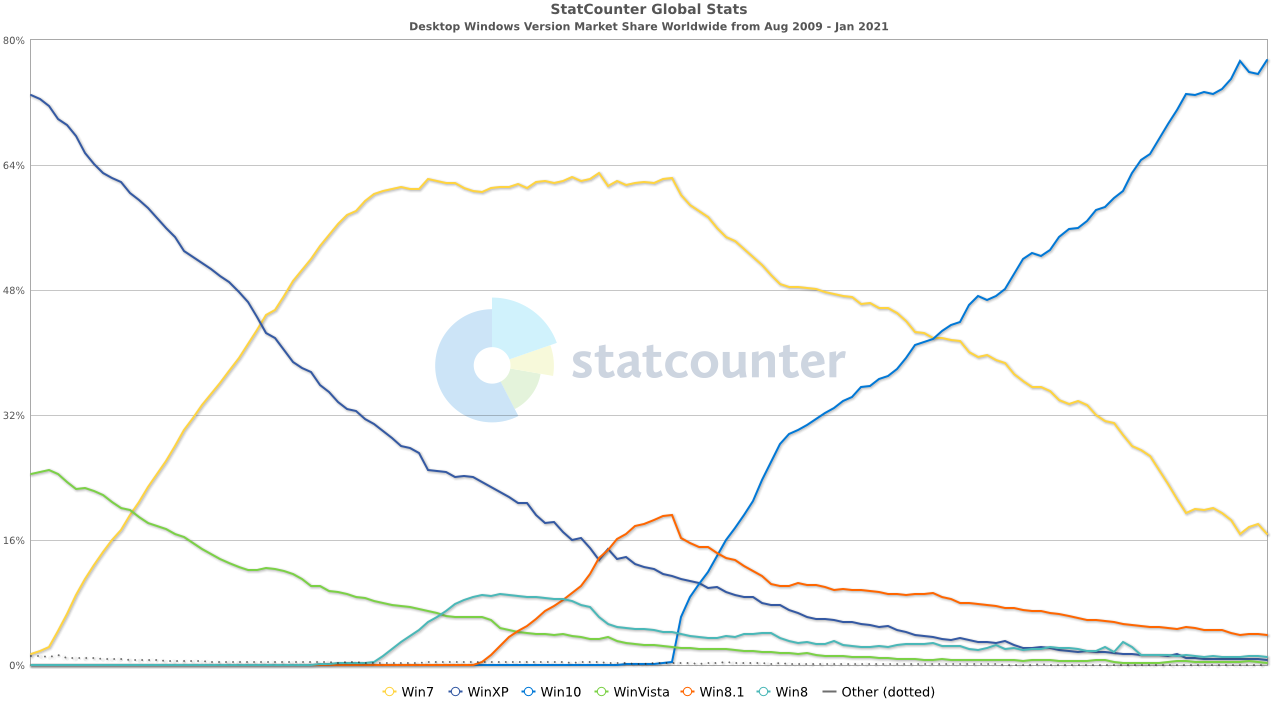 If you or your organization are among the 100 million plus Windows 7 holdouts, it’s beyond time to get serious about an exit strategy. Microsoft officially ended support for Windows 7 over a year ago, and the annual cost of Extended Security Updates (ESU) has now doubled to $100 per device for Windows Pro and will double again to $200 per device in 2022.

In other words, what you used to get for free — and still can, if you upgrade to Windows 10 — is putting an increasingly bigger, value-free hole in your IT budget. For larger organizations, the cost can add up in a hurry. For example, the German government faced a bill of $887,000 for failing to upgrade over 33,000 Windows 7 PCs before the end-of-support date.

The risk of waiting to upgrade could cost even more

Beyond the cash outlay for ESU, sticking with Windows 7 is holding you back in a number of other ways:

Chances are that any Windows 7 PCs you’re still using will have accumulated plenty of files, settings, and applications that will need to be moved over to a new Windows 10 PC. This can be a time-consuming task. When performed manually, it requires handholding from IT and leads to lost employee productivity for every update. The only automated migration solution recommended by Microsoft is PCmover® from Laplink®. The other options Microsoft recommends involve moving files to OneDrive or to a USB/external drive, solutions that can easily take a couple of days and still miss data — and at extra cost for sufficient cloud storage or a storage device.

In contrast, PCmover Express not only makes the migration process fast and easy, but it’s also completely free for personal use if you only want to move files, settings, and user profiles to a new Windows 10 device. If you want to move everything including applications, you can upgrade to PCmover Professional. For large organizations with hundreds or thousands of PCs to upgrade, or simply to streamline the PC refresh cycle, there’s PCmover Enterprise, which offers zero-touch and automated remote migrations.

With cost-effective, automated tools like PCmover Express, PCmover Professional, and PCmover Enterprise at your disposal, there has never been a better time to put Windows 7 permanently in the rearview mirror. You’ll eliminate the expense of extended security updates, improve your overall security profile, and boost user productivity and satisfaction. 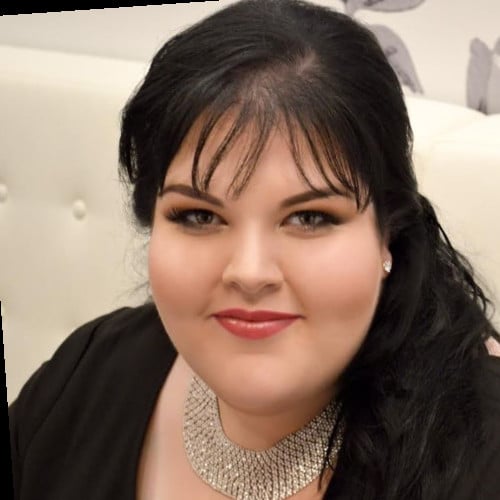 A new vulnerability affecting Internet Explorer 6 through 11 users was discovered just this past...
Read More

The End of Windows XP is Here! - Laplink's Technology Blog

With end of Windows® XP support just around the corner, an exciting announcement was revealed on ...
Read More