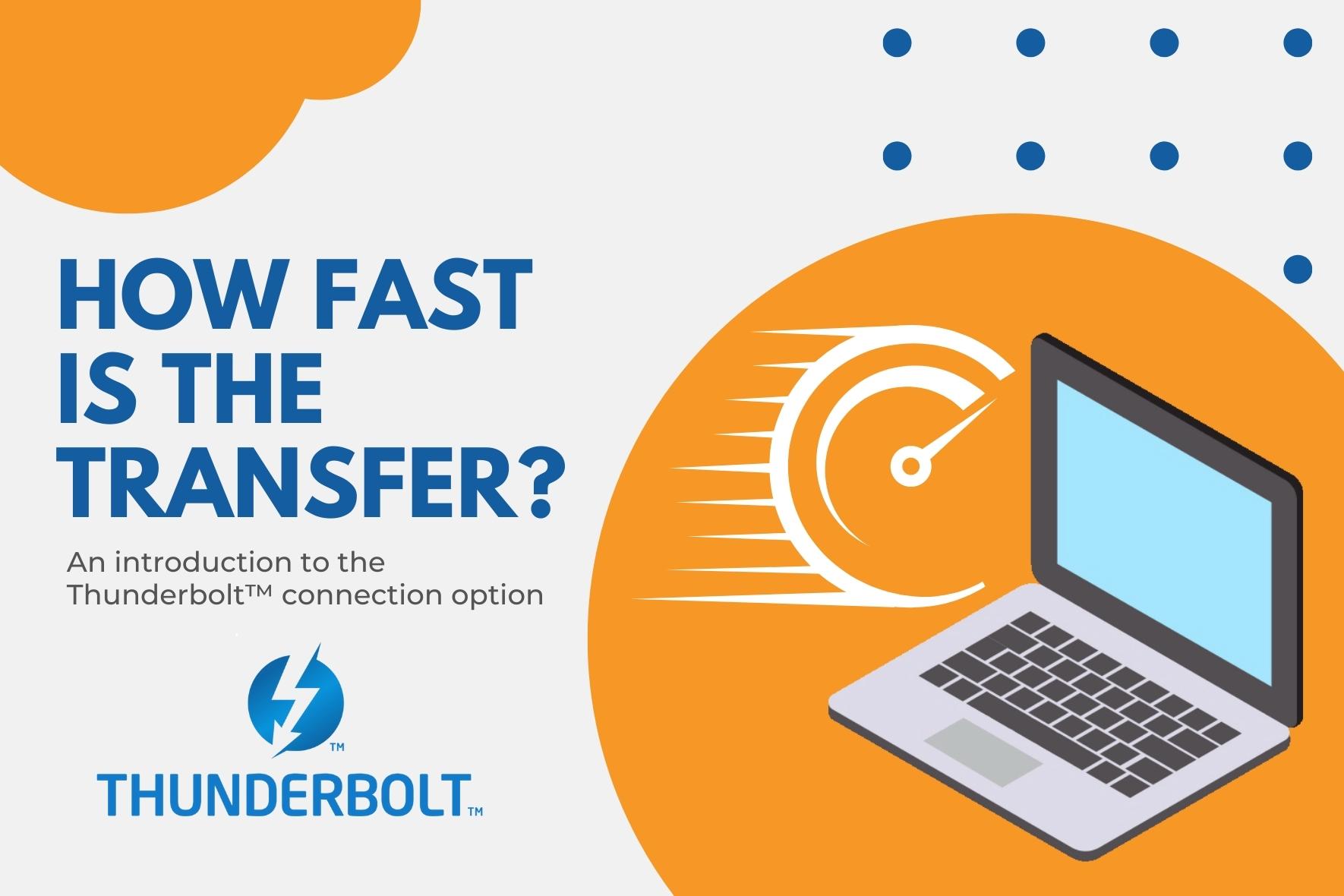 How long will it take to transfer between PCs? Plus an introduction to the Thunderbolt™ connection option

You’ve started a PCmover transfer. How long will it take? Many factors influence transfer time, but there are four factors that are typically the most important, all of which we need to understand when creating a time estimate or an actual performance test. Let’s dive in!

Note that the disk and cable throughput estimates below do not include additional overhead of PCmover processing or the limitations of the Windows file system or the Explorer API, which PCmover uses to perform its operations. We only use the raw throughput estimates to ensure maximum possible performance. After that, we can consider the additional overhead to provide a “real world” estimate.

How much data you’re transferring matters

The most important metric we need to consider when estimating transfer speed is how much data we need to transfer. PCmover is highly efficient and will only transfer necessary information. In fact, by default, PCmover won’t transfer anything that already exists on the destination PC.

If you run a performance test, you’ll want to use the estimate that PCmover offers on the final screen before you click “Start Transfer”, rather than, for example, looking at the User Profile size or using Explorer Properties on C:\Users\<user>. If you have an apparent slow performance issue, and you contact us , the first thing we’ll ask for is this final PCmover data estimate.

The speed of the Source PC disk is important

Now that we know how much data to transfer and the limiting speed of our source disk, we’ll choose the connection type. Whenever possible, we’ll want to choose a connection method that offers a throughput that meets or exceeds the speed of the Source PC disk.

In a typical campus-based transfer case, this will simply be a GbE LAN connection, or a direct GbE cable connection between the two PCs. It turns out that the effective performance of GbE aligns nicely with the typical performance of HDDs — around 100MB/s. Practical (PCmover) throughput is typically 2-3 GB per minute, based on the PCmover transfer size estimate.

Wi-Fi is supported, but it’s problematic for a performance estimate because of the wide (and ever-increasing) variety of versions with different throughput capability, plus constant interference and contention and heavy dependence on the placement and configuration of Access Points. What’s more, we regularly run into the commonly configured option of “Endpoint Isolation”, where two PCs can access the network but can’t see any other machine connected to Wi-Fi (“My PCs are both connected to Wi-Fi but PCmover can’t connect!”). We do not recommend the use of Wi-Fi in an Enterprise environment except where specifically needed (such as a remote user self-service case).

Laplink offers proprietary USB2 and USB3 cables for cases where, for example, at least one machine may not have an Ethernet port or high-security environments that may prevent a LAN connection. We rarely deploy USB2 cables in Enterprise, but we continue to offer these for edge compatibility cases. USB2 offers a maximum (theoretical) throughput of 48 MB/s, roughly half that of Gigabit Ethernet (and half that of a typical HDD), so you can expect at least a doubling of the transfer time. Practical USB2 throughput is typically 0.8-1.4 GB per minute.

USB3 offers ten times the throughput of USB2, a maximum of 480 MB/s or roughly 5x the performance of Gigabit Ethernet. In practice, this results in throughput of 4-6 GB per minute (again, based on the PCmover size estimate). However, you will only see this performance increase if the speed of the source disk can support it! There will be no performance advantage when using a USB3 cable instead of GbE if your source disk is HDD, but only where both machines are using an SSD (SATA or NVMe).

Note 1: USB requires some additional PCmover overhead, so you’ll see that these numbers aren’t directly proportional to the “raw” throughput vs GbE.

Note 2: There is no “generic” USB cable that will work: the hardware design of PCs (specifically, the USB Host Controller) requires a custom cable (which we designed and produce) that permits each PC to emulate a “client device”, switchable as needed through software. This allows the bi-directional communication we need for PCmover to function.

We released support for Thunderbolt Networking in 2020. This connection type offers spectacular performance, typically 10-13 GB per minute (roughly 5-7x the performance of GbE), with some optimized edge cases reaching 20 GB/m or better. Once again, though, you will only see this level of performance if the disks can supply the data quickly enough. This means that you’ll want NVMe disks on both machines.

There is often confusion about Thunderbolt support since Thunderbolt uses the USB-C physical connector. There are many easily found articles that talk about this in depth, but here is what you need to know:

Most modern PCs come with one or more USB-C ports, but just because you have USB-C available does not necessarily mean that you have Thunderbolt! Thunderbolt is an Intel hardware-software stack that offers increased bandwidth and features that USB-C does not provide. Other than reading the machine specifications, a quick way to determine whether a PC supports Thunderbolt is to look for the “lightning bolt” logo with the version (3 or 4) next to the port. Both machines must support Thunderbolt, and mixed TB3-TB4 is permitted (TB4 is backwards compatible).

If you only have USB-C (non-Thunderbolt) available, you can still use our USB3 cable; you’ll just need to get an inexpensive USB-C to USB3 physical adapter (but you won’t see the performance increase of Thunderbolt).

The final, most common item that degrades performance is real-time virus scanning on the target. Think for a moment about what PCmover does, writing user accounts and files and registry entries… in short, PCmover looks like malware. It isn’t, but virus scanners typically want to examine every single thing PCmover does. This can result in a tremendous reduction of transfer performance, usually an increase of 4-5x in the transfer time. If you experience extremely slow performance, we suggest as a first troubleshooting step that you temporarily disable real-time scanning during the transfer.

If you have any questions about your connection options and potential throughput, or if you’re seeing an unexpectedly slow transfer, just   and we’ll be glad to walk through it in more detail.

Tags: PCmover Enterprise, How To, PCmover
Back to Blog 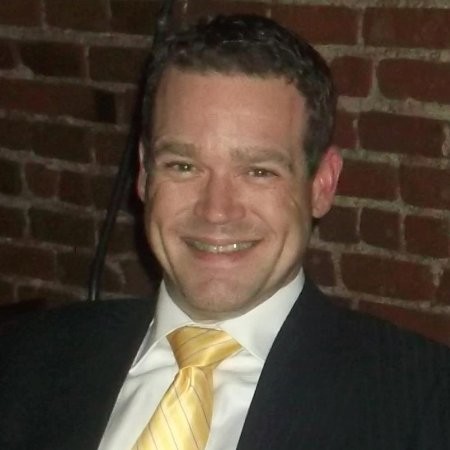 Tom is a Senior Enterprise Solution Architect at Laplink where he is responsible for developing innovative solutions to meet the evolving needs of the company’s enterprise customers. With more than 32 years of IT experience, Tom has deep experience in enterprise and large organization infrastructure and operations design, engineering, implementation, support, and training as well as systems and process development, standardization, transition and optimization, in back-office, raised-floor, colocation, and cloud environments. He has held several positions managing more than 100,000 endpoints with proven success driving enterprise adoption of IT solutions including pre-sales engineering, PoC delivery, architecture integration, implementation engineering, deployment and follow-up support.

Complete an in place upgrade to Windows 10

The PC market is clearly not what it used to be. Demographic changes and new form factors like...
Read More

Setting up a new PC can be frustrating. In a recent survey, respondents confirmed that the...
Read More