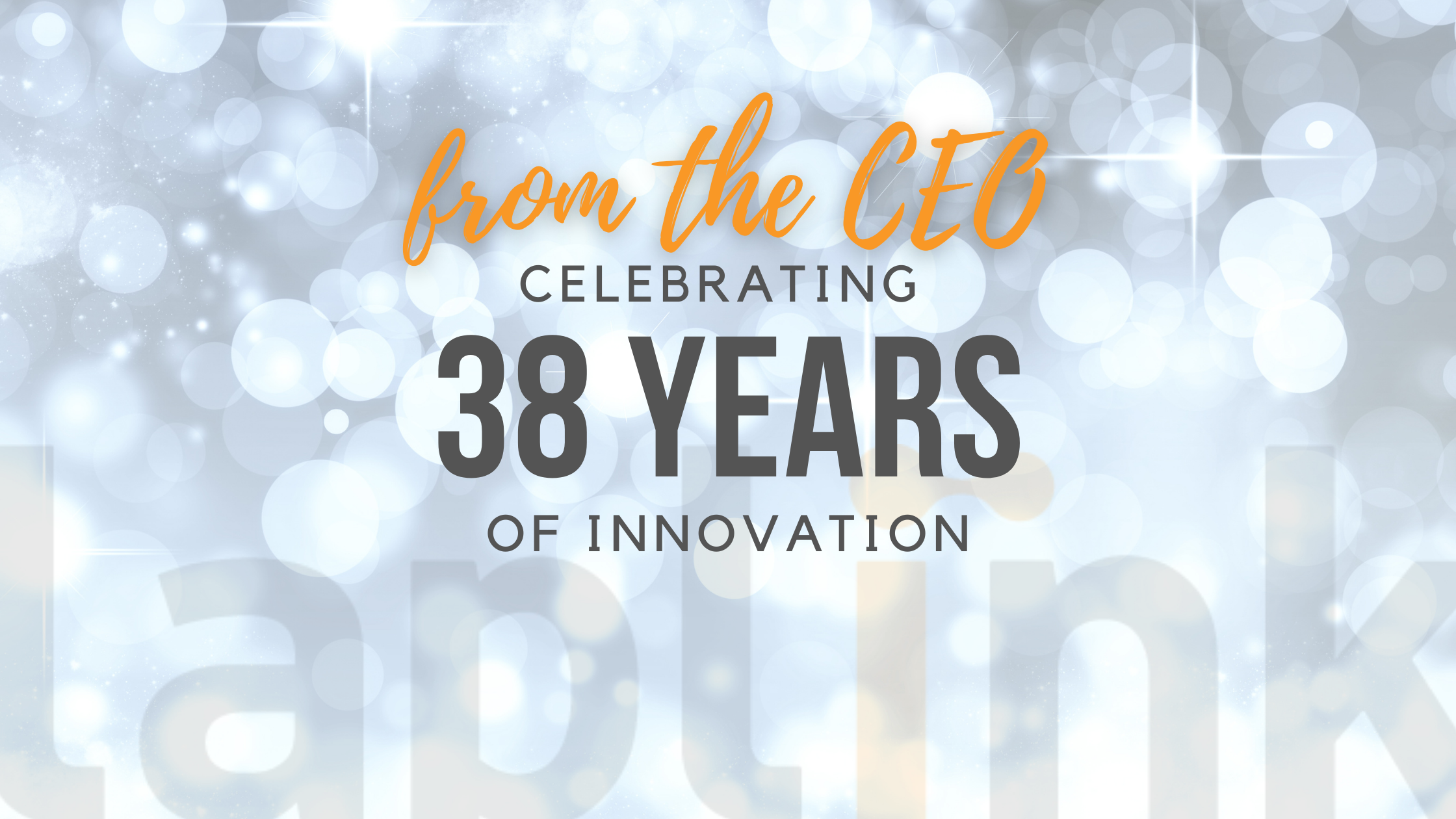 From the CEO: Celebrating 38 years of innovation & the resiliency of the PC

It’s impossible to deny that innovation often comes from where we least expect it. Despite research and development, established technology firms in all industries are often surprised by new concepts and designs that spring up out of nowhere. In due time, these innovations are purchased and integrated into the mainstream, and the process starts all over again.

As Laplink celebrates its 38th year serving industries worldwide, I have cause to consider the resiliency of PC innovation, when in fact, the personal computer has many times been declared dead. Ken Olson, the founder of DEC commented in 1977 that he saw “no reason for any individual to have a computer in his home,” while Thomas Watson, president of IBM, predicted in 1943, “I think there is a world market for maybe 5 computers.” It’s only fair to mention that these faulty predictions were made when computers were as large as a house. Olson and Watson could not have predicted that computers would be as seamlessly integrated into our daily lives as they are today.

The first wave of serious nay-sayers about the PC’s future success included CEO of Sun Microsystems Scott McNealy and CEO of Oracle Larry Ellison. Throughout the 90s, they proclaimed that “the network is the computer” and that all intelligence would ultimately reside in centralized network servers, not on endpoints. They argued that endpoints existed only to channel information to the end-user. And their viewpoint was valid, especially as we celebrated the emergence of the client-server era when giant amounts of data were amassed on servers for use by connected PCs.

The next wave was one of new devices created to replace the personal computer led by netbooks, Chromebooks, tablets, and smartphones. Manufacturers claimed that the era of the PC had passed, and that these new, cloud-driven devices would dominate the market. However, they too failed to replace the PC. Instead, they extended computing power to new devices, which quickly surpassed the base of installed PCs in numbers.

Then in the late 1990s, PC and server experts lay the groundwork for what we now call “the cloud”. The cloud is not a new invention. It’s simply the newest term for the internet as hosted by server farms connected in a worldwide web. Today, all computing can be done in the cloud from any device, and data can be stored more effectively on a secure server than by replicating the storage every company needs. For example, Marc Russell Benioff, founder and CEO of Salesforce, a company known for its disruptive effect on traditional computing, claims he runs his company from a smartphone.

The cloud mania had legs. Simple hosting centers that stored data and hosted servers for companies and large organizations have been replaced by a new breed of data centers. And operators say the cloud is a way to create new powerful solutions for device-unrelated computing. Enhanced by big data and AI, the cloud has emerged as the premier focus of innovation, allowing it to occur in any industry across the world.

And these data centers are enormous. Recently, president of Microsoft Brad Smith gave us a glimpse into one of these new data centers: 20 buildings large enough to fit two commercial aircrafts: 2 million square feet on 300 acres housing 500,000 servers and the total data of 50,000 Libraries of Congress. Power is backed up by 140 generators, each of which could power 3,000 homes. And this data center is only one of many at Microsoft, Google, Amazon, and so many others.

If we follow the argument for centralized cloud computing we hear echoed from the rafters, clearly it would signal the end of the PC as we know it. However, just recently, CEO of Microsoft Satya Nadella delivered a message on the subject at Microsoft Ignite (March 2021) that contradicts the notion. He reflected on the rapid growth of cloud computing evident in the last decade and called for foundational changes to the model in the next. He believes we have already achieved peak centralization in cloud computing. And that rather than a push for further centralization, it’s time to concentrate our efforts on achieving the maximum in ubiquitous, decentralized computing.

To Nadella’s point, the PC is alive and well. In fact, it is as important in our daily lives as ever. Yes, we have more computing devices in our arsenal. But while we may use them to accomplish a myriad of different tasks, the PC is still at the center of productivity. The smartphone is our new companion to manipulate simple data and interact with the cloud’s computing power in a rich and easy way. Billions of IoT (Internet of Things) devices connect data from everywhere and funnel it to big data centers for a stream of quick information to and from any device. And yet, while these networks, smartphones, the cloud, and the IoT have enriched the PC, they have yet to replace its core importance.

Here at Laplink, we are committed to our customers. We’re dedicated to making your lives easier when you buy and install a new PC. We’re agile and timely in our responses to customer feedback, including requests for new technologies. The need for remote work-at-home offices that mirror the functionality of onsite offices puts pressure on businesses and consumers alike to upgrade their PC infrastructure. Our new version of PCmover Enterprise enables IT departments to better serve you in the office and at home.

Please join us as we celebrate the innovation and resiliency that has driven Laplink’s 38 years in business and receive 38% off laplink.com when you apply the code “LAPLINK38” at checkout.

Edge computing in the time of cloud and AI with PCmover

From the CEO: PCmover Profile Migrator is Free to IT Teams of All Sizes for a Hassle-Free Transfer to Azure AD