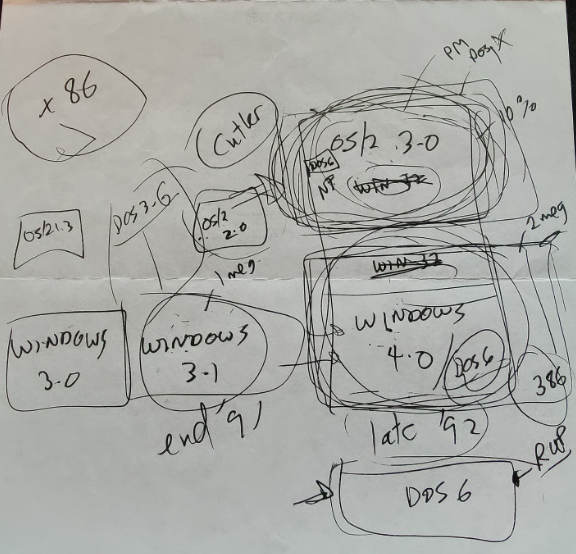 We should all adopt a “Yes, we can” attitude when facing adversity

Currently, I am reading Barack Obama’s new book “A Promised Land” which just hit the bookshelves after the presidential election that transformed Joe Biden into President-Elect. He had used the slogan “Yes, we can” during his campaign for the Illinois State Senate race, and revived it during his concession speech in new Hampshire in January 2008, when he lost the state to Hillary Clinton by a few points in the 2008 democratic primary–after defeating her, surprisingly for many, in Iowa. The slogan has always resonated with me because it means that we can drive toward success, even in the face of adversity.

During a speech to partners, resellers and journalists in Tokyo, I even used it involuntarily, to the delight of the audience. Since the speech needed to be translated and one of our team members volunteered to help, the speech had to slow down and use half-sentences before they were translated. Halfway through the speech, I started to discuss challenges that face our customers when it comes to PC Migration, where applications, data and settings all have to transfer to a new PC. I named each challenge and asked the audience – can we do it? After calling out each challenge and questioning whether PCmover can overcome the obstacle, I called out “Yes, we can” and the speech ended with the previously stoic audience chanting “Yes, we can!”

However, the meaning of the phrase is much more than a speech technique to engage listeners. I realized when reading Obama’s book that this slogan has accompanied me in many business challenges during my career, when the “yes, we can” attitude won the day, even if the challenges ahead seemed insurmountable.

When Bill Gates visited Microsoft Germany where I worked in 1991, a private meeting was organized with the corporate sales team in Munich. Every year, Bill, Steve Ballmer, and, less frequently, Mike Maples (who at that time ran an application development group) would visit subsidiaries in Europe to support local sales and marketing efforts. They would also review business results for the past half-year, or the business plans for the subsequent fiscal year that always started on July 1. For large accounts, Microsoft plans were important, perhaps less so than plans from IBM, Siemens, DEC or the other major OEMs for computer equipment. Nevertheless, the sales teams had to give a credible account of the plans going forward, especially because Microsoft and IBM were working together on a joint roadmap between OS/2, developed by IBM and Windows/DOS. This was confusing to many insiders and outsiders alike, as IBM and Microsoft acted as competitors in the marketplace–yet also worked together on the operating system that was becoming increasingly important for personal computers.

In his typical down-to-earth style Bill sat down with the team to explain the vision of how the two systems of OS/2 and Windows/DOS would merge. Huddled together around a table, where Bill drew the timeline for the new system, the team listened to him explain the step-for-step evolution, not only of the cooperation between IBM and Microsoft, but how the pieces of the new operating system would fit together. In late 1988, Dave Cutler had come on board at Microsoft with a group of his developers from DEC (later acquired by Compaq) to take over the development of new core of the OS, which would be the basis for the new version of OS/2 3.0 (also known as NT OS/2). Bill said that we could expect a release of OS/2 NT and Windows 4.0 in late 1992.

As history would show, the cooperation between IBM and Microsoft did not last, and left the two companies on separate paths. That left IBM to continue on their path to release OS/2 3.0 (Warp) on the old code base and subsequent OS/2 4.0, while Microsoft released Window NT 3.5 in 1994. Suddenly Microsoft, though already well-known for MS- DOS, Windows and applications like Word, Multiplan and Excel, was confronted by an unrivaled large group of competitors like Lotus, Ashton-Tate, Borland, WordPerfect on the application side, and now IBM, DEC, Nixdorf and many others on the operating system side, while Digital Research nibbled at Microsoft’s heels to replace MS-DOS with DR-DOS. The competitive landscape was fierce! Skeptics would have given us no chance, but we went out to customers selling our current products, and evangelized them on the merits to roll-out Windows PCs, before then slowly migrating to the new Windows NT based system. IBM sold OS/2 hard in every account, and was a fierce competitor. But ultimately, we believed in our mission at Microsoft and adopted the “yes, we can” attitude that carried us to “win” the OS battle against all odds. Like so many things, who today can recall OS/2? In contrast, everyone knows about Windows.

At a smaller scale and perhaps not even consciously we adopted the “yes, we can” attitude at Laplink. In a software company, there are always breakthroughs vs. evolutions, set-backs, advances due to industry innovations, or tedious progress. However, there were also times where we were looking at odds that many perceived as insurmountable. Sometime in 2006, we discussed with Microsoft how PC migrations would evolve, and while we were convinced that Laplink was on the right track to manage the migrations of Win32 applications successfully, critics believed that managing the transfer of applications would require a constant scripting and re-scripting of transfer policies that would require too many coders, and make the business unprofitable. Microsoft believed that Aloha Bob’s PC Relocator software, which was the market leader at that time, was on a better path, and ultimately purchased the company. Some years later, all efforts at Microsoft coming from the PC Relocator acquisition were stopped. Meanwhile, we believed in our path and released a version of PCmover that allowed the selective transfer of applications. The “yes, we can” attitude won.

Another example of “yes, we can” manifested during the Covid-19 pandemic. With increasing numbers of employees working from home, where they often lacked the necessary infrastructure and hardware, IT departments struggled to modernize the infrastructure that was often outside their internal networks that had been carefully managed under strict security rules. Customers came back to us identifying the challenges of migrating old PCs to new PCs at the remote home office, which was connected via a VPN, that did not allow a high through-put of data. Secondly, a visit to the remote home office was not feasible due to the social distancing concerns, infection risk, and costs. A “truck roll” is never the best solution.

We needed a better approach and solution to help our customers. For years, we had looked at using the internet/cloud as an alternative transport, but the notion of a slow and unacceptable upload speed that constrained our thinking was overcome with the need to provide a solution that allowed IT managers to extract the contents of the home PC and load it to a new PCs at the company site. This change of thinking, coupled with our development teams’ idea of a transfer manager that allows remote initialization and managed migration, gave birth to a version upgrade in record time. Our latest version of PCmover is a game changer for IT departments that can easily control remote migrations without being at the “customer” site, manage different sites within the organization or even foreign installations, thus freeing up valuable time and increasing the efficiency of the organization, which translates into dramatic cost and time saving.

Sometimes we don’t even realize what obstacle we are tackling, because we are so focused on our mission. Similar to what it must have felt for Barack Obama in 2008, or for the Microsoft teams in the 1990s, the spirit of “Yes, we can” will defy challengers by sheer willpower, vision, and persistence. The lesson learned in these situations is to set your goals, analyze and review, re-adjust, and always drive forward with purpose toward your ultimate goal. We don’t know what the future holds, but we can certainly help form it. Tomorrow always makes today just a day in the past, so don’t regret not having stepped up your game. “Yes, we can” forces us to drive a roadmap, to reach a goal that was not easy to reach, and when we do, we have perhaps achieved incredible results beyond our imagination.

On October 5, Microsoft® released a new operating system: Windows 11. At first, many were confused...
Read More