Making history, Microsoft released its first hardware device worthy of competing in the marketplace. The Surface Book is a 13.5-inch laptop with “a killer display, maxed-out guts, a funky cool hinge, and a display that detaches to become a thick, powerful tablet” (source.) It’s also $1,500, which is on par with Apple’s Macbook laptop series.

New and exciting laptops and convertibles (laptop/tablet) are announced everyday from major hardware manufacturers like HP, Dell, Toshiba or Lenovo. But with Microsoft’s announcement of their new hardware devices on October 6th, even critics were cheering.

With the new Windows 10 available on these new devices, it is officially the time to retire your old hardware; there has never been a better time to buy a new device. Whatever you buy, remember that Laplink’s PCmover will save your day by making a migration of your old Windows PC’s documents, folders, pictures, music, videos, user profiles, thousands of settings, and programs (applications) easy to move. PCmover automates a tedious, manual process, making it painless. 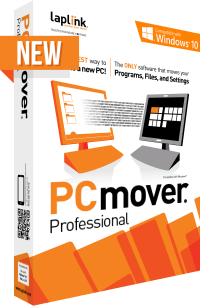 It’s time to buy a new PC, and when you do,be sure to buy PCmover Professional with it!

A Solution to Windows upgrade problems

Prior to transferring your entire PC’s files, settings, users, and applications from one PC to a...
Read More