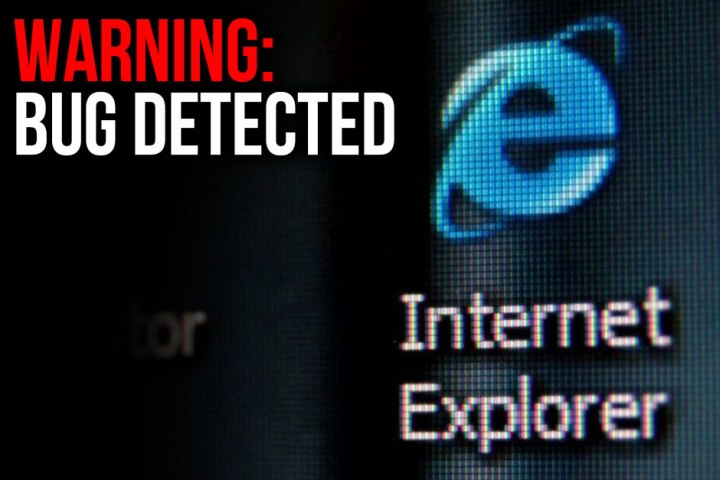 A new vulnerability affecting Internet Explorer 6 through 11 users was discovered just this past weekend. The bug can grant hackers access to a PC, likely allowing them to install programs, create accounts, and view, change, or delete user data. It has already been exploited against U.S. financial and defense companies, resulting in the U.S. government issuing a strong warning about the risks of using these versions of Internet Explorer.

Microsoft is aware of the problem and is working on a patch. However, since support for Windows XP ended earlier this month, those who still using Windows XP are out of luck.

This bug is just the first in what could be a long list of vulnerabilities that will remain open for hackers, viruses, and malware to target XP users. It’s also a clear indication that the end of support doesn’t only affect the operating system, but other applications like browsers, too.

Despite warnings that Windows XP computers are at higher risk of attacks, about 25% of the world still uses the unsupported operating system. Research shows that XP users haven’t transferred to a newer operating system because of costs associated with migration and due to a lack of knowledge regarding how to transfer.

PCmover is the most affordable way to move to a new PC or perform a full in-place upgrade to a newer operating system. PCmover makes the task of migrating from Windows XP as painless and hassle-free as possible, while saving businesses at least $300 per new PC upgraded or deployed. 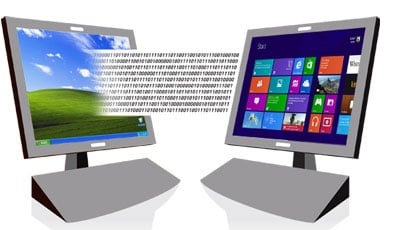 PCmover is the only software that automatically moves all selected programs, files, and settings from an old PC to a new one, or facilitates an in-place upgrade from Windows XP to a newer version of Windows. It’s the only migration solution recommended by Microsoft for Windows XP users! PCmover is perfect for users of any technical skill; a step-by-step wizard guides you through the migration process, allowing you to choose to transfer everything or individually select what to transfer.

PCmover also comes with Free Transfer Assistance available 24/7. Just call the toll-free number, and one of our certified PC migration experts will guide you through the entire migration process for free.

Are you still on Windows XP? You’re out of time! This is just the start. Many more vulnerabilities will be discovered and announced with the next Microsoft patch just around the corner. Those who choose to stick to Windows XP are taking a big risk with their personal data, with their bank accounts, and even risk becoming victims of identity theft.

See which version of PCmover is right for you!

Microsoft created a giant migraine headache for consumers when they decided not to offer a direct...
Read More

PC World is reporting some users attempting to upgrade to Windows 7 from Windows Vista are getting...
Read More